MY FRONT PORCH WITH UNCLE WALDO

“Ok, Junior. Take the usual seat here on the porch and let’s parlez about the latest Sabbatical you are about to take.”

That’s how it always began with Uncle Waldo . . . him telling me to take a seat. Always direct (most times painfully so) but on this occasion, he was more somber than usual.

“‘Parlez’, why that’s French for shoot-the-shit. You know I served in France in World War II don’t ya, kid?”

“Yes, sir. Everybody in town knows that. Seeing as you lead the 4th of July parade every year wearing your ribbons and all those medals.”

“Yeah. I suppose. But what with your father gone, I guess the job of trying to figure out what makes you tick and keep you between the rails― as much as that is possible― falls to me. And seein’ as I’m your dad’s older brother and me livin’ with you and your mom and siblings, and all . . . I guess it’s only right. But Lawd, son, I don’t seem to be doin’ a very good job, do I?

“It’s not your fault, Uncle Waldo,” I said. I felt genuinely sorry for him. He had problems enough going on in his own head without having to figure out what went on in mine. He had a  metal plate in his that had been placed there to go along with the shrapnel left in his brain. The shrapnel from an exploding shell lodged there when Nazi incoming fire caught him in the ball turret of his B-17 bomber during the latter days of the war. Awakening in a body bag after being taken for dead when his bomber made it back to base was disturbing enough but now he had to contend with the voices and music from the radio waves he claimed his plate and shrapnel picked up from as far away as WLS in Chicago.

“I’ll tell you, if I have to hear that goddamn In-Na-Gadda- Da-Vida hippie piece of crap of a song one more time, I’m gonna drive all the way to WOWO in Fort Wayne and shoot that damn DJ with my M1 carbine!” he’d say. And we were rightly afraid he’d actually do it! The fact that, that song by Iron Butterfly consisted of 17 minutes of incessant pounding bass was bad enough for any person of parental age (or someone not stoned out of their mind) but when you coupled that with the inability to adjust the volume―as was the case with Uncle Waldo―you can understand how maddening it must have been.

“It’s not your fault, Uncle Waldo,” I continued. “There’s just something wrong with me. When I get what seems like a good idea in my head, things just start going bad. I just can’t stop myself. It’s like one part of me says, ‘take it a little further, it’ll be fun!’ . . . Then everything just seems to go wrong.”

“Well, son. Let’s just review your first sixteen years and see if we can put our finger on what causes this sordid history to keep repeating itself. You finished your freshman year in fine fashion, didn’t you? That grave-robbing incident provided enough publicity to satisfy most budding delinquents but you couldn’t stop there, could you? You would think the Finn’s Landing Republican givin’ the play by play on their front page of you and that Bullock boy playing baseball in the mausoleum with Dr. Farrah’s head would be all the notoriety a kid could want! But a summer of working in the cemetery without pay apparently didn’t teach you any more respect for the dead than it did for the rest of us, did it? Cause by the end of the summer you were surgically insertin’ a bomb in a dead cat―frozen in attack mode―courtesy of your mother’s deep freezer.

Then you put that gift from hell on a Senator’s front porch before setting it off! By God, son―that was one count of grave-robbing and one of terrorism all in a three month period! And you weren’t finished yet!”

“But Uncle Waldo, it wasn’t really a bomb. It was a burglar alarm! They just mistook it for a bomb!”

“Minor fucking detail, Junior. The Senator; Finn’s Landing police department―and the entire neighborhood they evacuated―took it as a bomb! Then how do you start your sophomore year of high school? By inciting a riot between the sophomore speech team and the senior football team! How did ya’ think that was gonna end, tell me!”

“Don’t bother, son! We all know. It ended up with you on the bottom of the pile with the entire football team on top of you leaving you with a busted collar bone, broken nose, and all your teeth knocked loose! And it hurt your poor mother more than it did you, I think!”

“Hush your mouth, son. Don’t you talk back to me! I’m one elder that won’t tolerate your backtalk. If the damn Nazis couldn’t take me out ― what chance you think you got!”

“Now let’s pick up your resume where we left off. . . . So you get out of the hospital and, while still wearing a brace for your busted collarbone, you saw a rifle off to hide under your jacket in order to shoot the tires off the opposing team’s school bus at Finn’s Landing football games! But before you can complete that mission, you decide to get in a little target practice by shooting that Shuler kid through the ankle. And where do the police find the illegal weapon? Why under the pile of stolen street signs in the crawl space of your mother’s basement of course!”

“Gee, Uncle Waldo. You make it sound really bad when you run it all together like that. It’s not like it happened all in one day or something!” (I muttered in my hangdog attempt to soften the blow to my already damaged psyche.)

“One day or three months! Why the Finn’s Landing police department saw less action when John Dillinger robbed the station, locked all the officers in their own cells and took every last one of their guns and ammo! Why boy, your reputation eclipses the great John Dillinger in this piss ant farm town!”

“John Dillinger,” I mouthed slowly. “Wow! You suppose they’ll make a movie about me one day too, Uncle Waldo?” I asked with all sincerity.

“I reckon I should slap you up the side of the head, squirt―is what I suppose! You expect me or any other sane person to glorify your behavior and we’re half way to figurin’ out what’s wrong with you! Is it any wonder the high school and juvie court tried to get you committed? And you gave them all the help you could, didn’t you? Feigning that schizo-shit like you did! Good lord!”

“Well, I thought as long as I had to go along with six months of counseling, I might as well have fun with it. Besides, I never thought they’d buy that act. Talking to the dead and little people coming out of the walls at night and stealing my homework and stuff! I mean who believes that kind of thing? Somebody would have to be really crazy to believe . . .”

“Why, yes!” interjected Uncle Waldo. And that’s exactly what you―Mr. Captain of the speech and drama club convinced them! That you, ‘Donald K. Henry, Jr.’ were crazy. Certified bat shit crazy! And it got you six weeks of observation at the Logan Mental Hospital where you took over the group therapy sessions and tried to orchestrate a coup! This, before you finally convinced them you were just a dumbass! . . . Well . . . that’s one damn diagnosis they got right!”

“I never meant to hurt anyone, Uncle Waldo. I was just trying have some fun.”

Uncle Waldo and I sat there for what seemed to me an eternity of silence. “Well, the fun’s over now, Junior,” he said. You dodged a lengthy term in the booby-hatch and your mother―God bless her!―took out a second mortgage on this house to give you a second chance by getting you into one of the most prestigious prep schools in the country. Howe Fucking Military School! Fourteen grand for one semester and a chance for a clean slate and a coveted diploma and what do you do? You beat up a superior officer and steal an eight hundred dollar Bell &Howell projector so you could show stag films to all your new found buddies! More zombie followers they must have been!”

“Well, every officer was superior to me, Uncle Waldo. I was just a plebe!”, I explained.

“There you go―smartin’ off again!” he said, at the same time raising his hand as if to cuff me. I flinched and reflexively raised my arm closest to him, as though to block the blow. But it never came.

His voice took on an even more somber tone. “You haven’t forgotten what it’s like to be knocked around have you, kid? Well, I’ve never hit you and I never will. It never did you any good, anyway, did it? I never believed in that shit. But the same can’t be said for your dad. And now you’re gonna get on a plane and fly fifteen hundred miles to the Rio Grande and live with an alcoholic who’s on the run from the law for castrating a homosexual and makes weekend runs into Mexico for cigarettes, booze, and drugs while engaging in the kind of carryin’ on that would make Pancho Villa blush. Why his resume makes you look like a piker. . . . . . . . . God help ya, son.”

(Uncle Waldo left off the part about my old man throwin’ the forty pound boar raccoon in the back door of my maternal grandmother’s Better Homes & Garden home. Awakening from the collision induced coma it suffered making contact with my dad’s car, it proceeded to trash virtually every inch of my grandparent’s home before being clubbed to death with wrenches and crowbars. Those were shop tools wielded heroically by five or six garage boys my grandfather summoned from his Chevrolet dealership to rescue grandma. In my opinion, the blood stains coordinated surprisingly well with her expensive floral print wallpaper. Also absent was any mention of the year dad ran two thousand pounds of pot bi-monthly from Mexico to Chicago, sliding past Rio Grande Customs and Border Patrol by posing as the “starched shirt and tie traveling salesman” with sales brochures scattered across the front seat of his Buick Electra. He cleaned up really well when the occasion called for it.

I guess Uncle Waldo knew this story was going to be limited to five pages for contest purposes.) 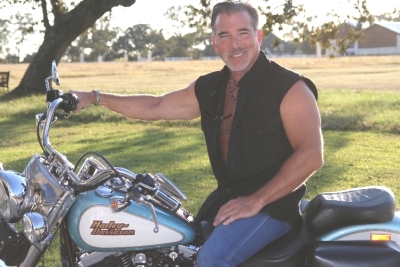 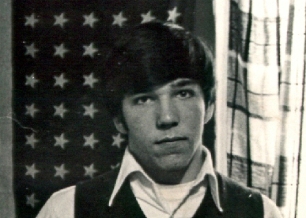 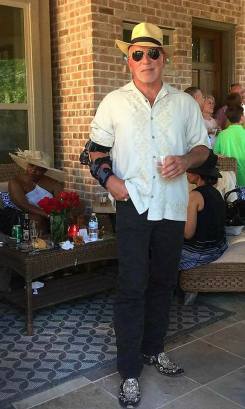